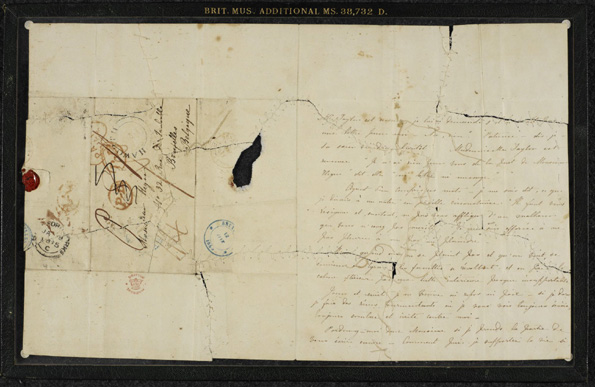 Scholars increasingly look to women’s own life writing in the nineteenth century as a way of reconstructing both their lived experiences and their inner lives. While diaries, journals, letters, and memoirs offer a window into the past, paradoxically it is often the absences in the archives, which provide the most insight into women’s lives in the period. Torn out pages and scratched out sentences are simultaneously frustrating and intriguing for scholars, offering hints and clues to the unspeakable and the unacceptable.

Women’s life writing from the nineteenth century is thus intrinsically tied up with censorship: both by the self and others. Some beliefs, thoughts and ideas may have been too inflammatory to commit to paper in the first place – representative of inadmissible ambitions or transgressive desires. Some women later destroyed their papers, belatedly conforming to constraints of gender, class and propriety. Others were edited by family members, erasing evidence contrary to a public persona or prevalent norms.

This conference will bring together researchers from across a range of disciplines in the humanities to explore the extent and the significance of omissions in women’s life writing and question what silences in the archives can tell us about what it meant to be a woman in the nineteenth century.

It is kindly funded funded by the Oxford Centre for Life-Writing (OCLW), The Oxford Research Centre in the Humanities (TORCH) and the Birkbeck Centre for Nineteenth-Century Studies.

More information and the full programme can be found on the conference website at https://silenceinthearchives.wordpress.com.

Questions can be directed to the conference organisers, Alexis Wolf (Birkbeck) and Lyndsey Jenkins (Oxford) at silenceinthearchives2015@gmail.com.

sitemanager7 November 2015, Silence in the Archives: Censorship and Suppression in Women’s Life Writing in the Long Nineteenth Century09.23.2015