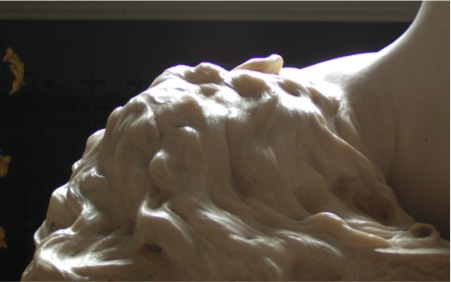 The Sally Ledger Memorial Lecture was given by Professor Hilary Fraser on  ‘The Language of Mourning in Fin-de-Siècle Sculpture’ on Thursday 16th July 2015 in the Clore Management Theatre, Birkbeck, University of London.

Abstract: This lecture explores both historical and modern responses to fin-de-siècle sculptural memorials, with a particular emphasis on the work of Edward Onslow Ford. It focuses on the ‘feeling’ of sculpture in every sense; how the feelings of the spectator are tugged by what Rainer Maria Rilke describes as ‘the precious trace of what it meant to live at any time’ that seemingly remains tangible in the material object the sculptor created. This was a time when new attention was being paid to the physical materiality of the sculptural medium and to the engagement between viewer and artefact; when the tactile response of the viewer seemed to connect directly with the shaping hand of the sculptor – even to the extent of disavowing the collaborative processes of sculptural practice and the mediating technologies of mechanical reproduction. Drawing on contemporary critical writing about sculpture and aesthetics, the lecture considers how Ford’s Shelley Memorial breaks down traditional distinctions between public and private commemoration of the dead. This leads into broader questions: how does language mediate corporeal and affective experience; and what is the role of sculpture in fin-de-siècle psychological discourse?