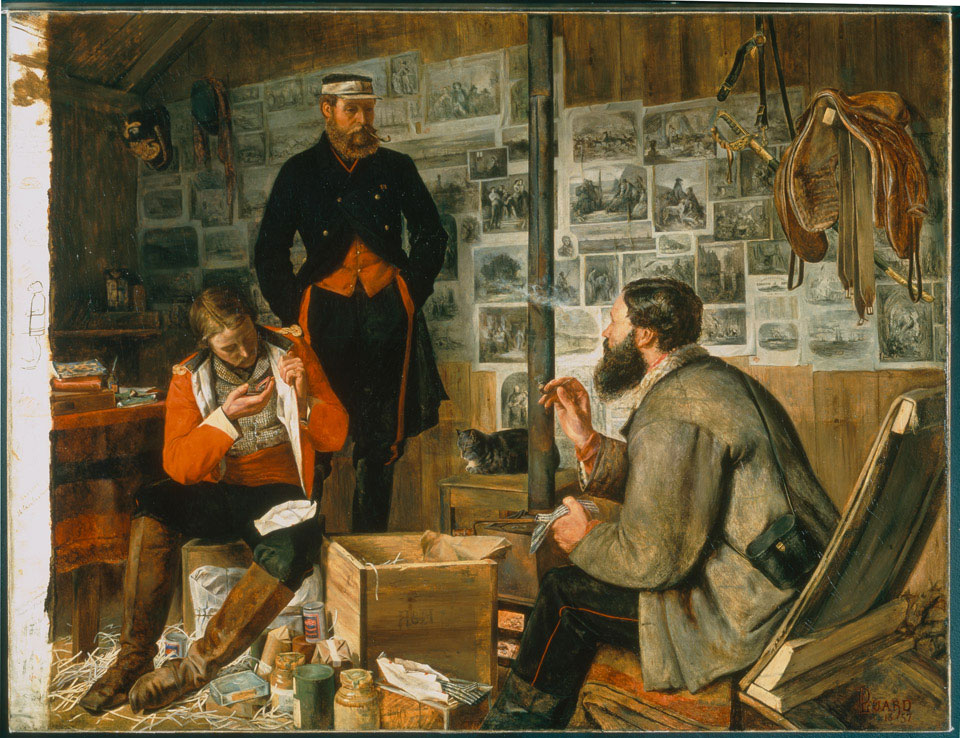 This paper was delivered at the Sally Ledger Memorial Lecture on Wednesday 13 June 2018 in the Keynes Library, Birkbeck School of Arts, by Holly Furneaux (Cardiff).

Trooper George’s shooting gallery turned refuge in Dickens’s Bleak House encourages us to think about the interleaving of military and domestic cultures in mid-Victorian Britain. I take George and his shooting gallery community as representative of the Victorian investment in domesticating the military man. At the same time soldiers themselves made strenuous efforts to forge connections between their military and home identities, often using art and craft to keep in touch with family and friends and to emphasise shared skills and experiences. After a Dickens prologue, this paper focuses on my research for the current exhibition ‘Created in Conflict: British Soldier Art from the Crimean War to Today’, exploring continuities in the emotional work of soldier art and considering the ways in which soldiers’ creativity can be deployed to make us feel both better and worse about war.

Listen to a recording of Holly Furneaux on Soldiering, Domesticity and Art.