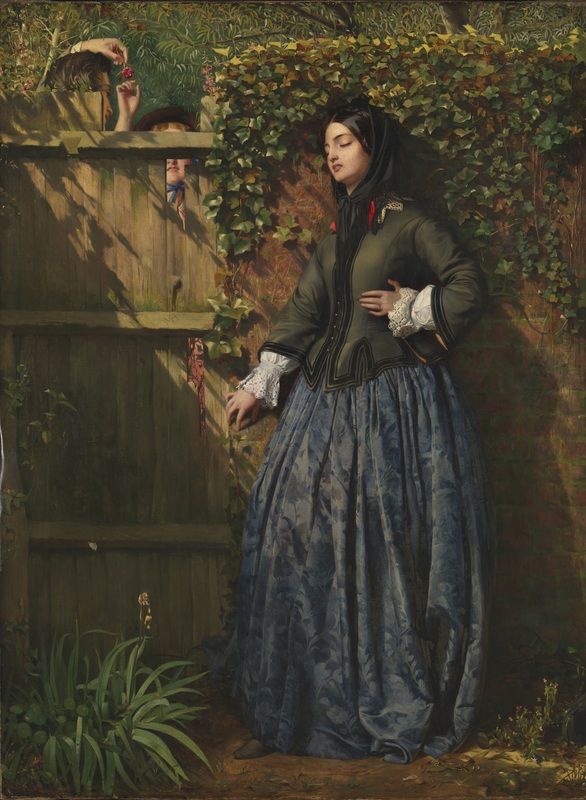 We are pleased to announce that audio recordings of Keynote Lectures are now available for ‘The Arts and Feeling in Nineteenth-Century Literature and Culture’, a major international conference which took place at Birkbeck, University of London, 16-18 July 2015.

The conference explored the ways in which nineteenth-century authors, artists, sculptors and musicians imagined and represented emotion and how writers and critics conceptualised the emotional aspects of aesthetic response. It aimed to map the state of the field in this growing area of interest for nineteenth-century scholars by locating recent interdisciplinary work on sentimentality and art and writing and the senses within wider debates about the relationship between psychology and aesthetics in the long-nineteenth century.

Speakers investigated the physiology and psychology of aesthetic perception and the mind/body interactions at play in the experience of a wide range of arts. Key questions included: How did Victorian artists represent feeling and how were these feelings aestheticised? What rhetorical strategies did Victorian writers use to figure aesthetic response? What expressive codes and conventions were familiar to the Victorians? Which nineteenth-century scientific developments affected artistic production and what impact did these have on affective reactions?

Recordings of keynote papers are given here along with abstracts: simply click on speaker names to display information.

John Millais’ Autumn Leaves (1856) has long been recognized as a painting that sets out to produce a feeling of melancholy in the spectator.  As such, it tends to be read either alongside contemporary poetry that seeks to evoke a similar response, or as a forerunner of the aesthetic turn of the 1860s.  I acknowledge the validity of these interpretations, and explore the grounds on which they are based.  But I also want to consider it in a new light, as a companion piece to Peace Concluded and The Blind Girl, with which it was exhibited at the Royal Academy.  Setting it alongside James Robertson’s Crimean photographs – and with a glance at Andrew Wyeth’s work – I look at the tension between explicit and implicit subject matter when it comes to representing feelings generated by the devastation of war.

Listen to the recording here:

Interesting: Desire and the Body of Inspiration

Can desire be disinterested? What is the relationship between the creation of art and the erotic life? Paintings of the lives and loves of the Old Masters were extremely popular in the nineteenth century, though they have largely fallen out of favor since. This talk places the vicissitudes of the genre in relation to contemporary developments in popular verse and journalism, as well as in philosophy and art history in order to address the role of some very basic emotions in thinking about art and artists in the period. The place of disinterestedness in recent accounts of the aesthetic will also be touched on.

Twenty Lovesick Maidens, We: Art, Music and the Emotions in Victorian Britain

This paper examines historical objects that exist at the point of intersection of two radically incompatible media: art and music. At issue will be the ways these phenomenologically distinct aspects of cultural production overlap, exist in counterpoint or in harmony, and coalesce around specific themes and preoccupations to represent, produce or, indeed, repress feelings. Under discussion will be paintings by the Pre-Raphaelites which thematize the relationship between art and music; the relationship of art and music in the Aesthetic Movement, including works by Frederic Leighton and Edward Burne-Jones; British responses to Wagner; and finally the satiric account of the relationship of music and art to emotions offered in Gilbert and Sullivan’s Patience.

This paper focuses on paintings by Albert Moore. Moore produced pictures of classically draped female figures on the seashore in the early 1870s. The emotional resonances, and intimations of sensibility, in these paintings are discussed in this paper in relation to biological theories of the day. The motifs in Moore’s painting that indicate an interest in biological issues are examined. The evolution of mammals from lower organisms was being discussed in paleontology and the recapitulation of the stages of evolution in the development of every modern embryo was being discussed in biological studies of extant creatures, a process known as ontogeny. The German biologist Ernst Haeckel understood Charles Darwin to be initiating in The Origin of Species (1859) a scientific, physiological history of creation and at the same time to be proving that a common set of laws pertained in the modern day and in pre-history. Darwin’s proposition was that ‘physiological laws and the chemical and physical powers’ were constant, Haeckel claimed (Haeckel, 1862), and Haeckel went on to develop a generalised case for the retracing of the history of evolution in every individual organism. This paper points out the importance of sensation for this theory and proposes that the regime of feeling in Moore is governed by an atavistic awareness of evolutionary roots.

‘Modern contempt for feeling’: Women and Art at the fin-de-siècle

A quotation from the Marble Faun introduces the conference ‘The Arts and Feeling in Nineteenth-Century Literature and Culture’. Hawthorne’s reference to a ‘woman’s sympathy’ prompts a wider consideration of the gendering of aesthetic response. Numerous texts, most famously Ruskin’s Sesame and Lilies, set out artistic roles for women in the Victorian period. This paper will explore visual and textual examples of women’s responses to art. How were women visitors to art museums and exhibitions represented? How did this relate to the association of the female viewer with a ‘woman’s sympathy’? By the late nineteenth century a group of professional women art writers were regular contributors to the press. Did women art writers address feeling or sentiment in their art writing? How did their work engage with or resist wider developments in the art world? What do their interventions reveal about contemporary cultural networks and political debate?

Listen to the recording here:
sitemanagerAudio Recordings of Keynote Lectures from ‘The Arts and Feeling in Nineteenth-Century Literature and Culture’01.04.2016