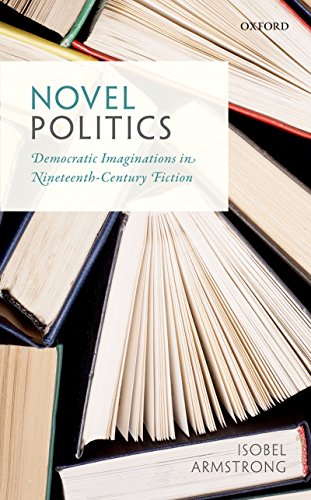 About the publication: Novel Politics aims to change the current consensus of thinking about the nineteenth-century novel. This assumes that the novel is structured by bourgeois ideology and morality, so that its default position is conservative and hegemonic. Such critique comes alike from Marxists, readers of nineteenth-century liberalism, and critics making claims for the working-class novel, and systematically under-reads democratic imaginations and social questioning in novels of the period.
To undo such readings means evolving a new praxis of critical writing. Rather than addressing the explicitly political and deeply limited accounts of the machinery of franchise and ballot in texts, it is important to create a poetics of the novel that opens up its radical aspects. This can be done partly by taking a new look at some classic nineteenth-century political texts (Mill, De Tocqueville, Hegel), but centrally by exploring four claims: the novel is an open Inquiry (compare philosophical Inquiries of the Enlightenment contemporary with the novel’s genesis), a lived interrogation, not a pre-formed political document; radical thinking requires radical formal experiment, creating generic and ideological disruption simultaneously and putting the so-called realist novel and its values under pressure; the poetics of social and phenomenological space reveals an analysis of the dispossessed subject, not the bildung of success or overcoming; the presence of the aesthetic and art works in the novel is a constant source of social questioning.
Among texts discussed, six novels of illegitimacy, from Jane Austen to Scott to George Eliot and George Moore, stand out because illegitimacy, with its challenge to social norms, is a test case for the novelist, and a growing point of the democratic imagination.

Isobel Armstrong is Emeritus Professor at Birkbeck. Her career has been characterised by changes of location and the pleasure of different intellectual contexts. Beginning at University College London, she taught English and Victorian Studies at Leicester and Southampton, latterly returning to London University and to Birkbeck College. She has been Visiting Professor at Harvard, Johns Hopkins, and Princeton, and teaches on the Middlebury Bread Loaf MA. Armstrong is a Fellow of the British Academy and elected to the American Academy. Her book Victorian Glassworlds (OUP, 2008) won the MLA’s James Russell Lowell Prize in 2009.