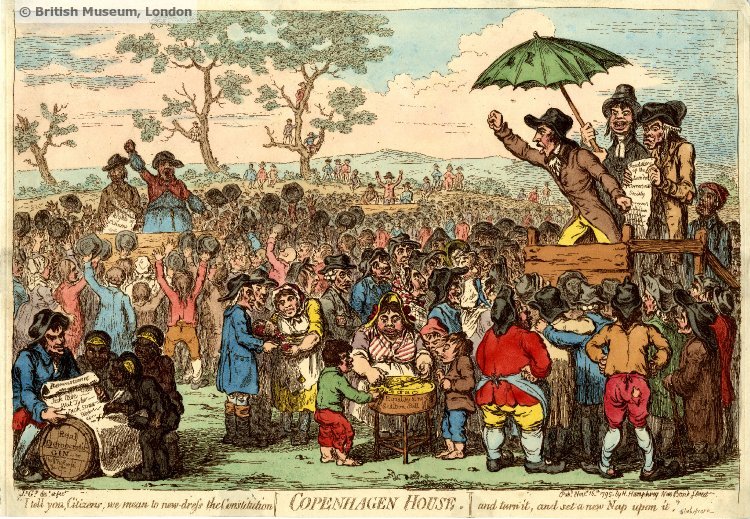 Unfortunately, due to an industrial action by the Universities and Colleges Union, this forum talk has been cancelled.

‘Wisdom is ascending!—It comes from those to whom it was so long forbidden to descend!— The cry of the people for means of extended information is its warning voice; and happy shall it be for the exalted great, and for the nation, if they disdain not to obey the call.’ (Thelwall, ‘On the Connexion of Periodical Literature with the Moral and Intellectual Progress of Society,’ Panoramic Miscellany1.1, 1826)

In 1826, in the opening editorial of the final publication of his long and varied career as a radical orator, poet, elocutionist, therapist and theorist of speech, John Thelwall reiterated his lifelong commitment to democratic education. Judith’s paper will give an overview of Thelwall’s role in the development of public education, from his early association with the London Corresponding Society and political lectures at the Beaufort Buildings to his later elocutionary profession, both itinerant and established in his own ‘Institution for the Remedy of Organic Defects, and Impediments and preparation of Youth for the Pulpit, Bar, Senate and Stage’ in London. She will focus on continuities between political and elocutionary principles and endeavours, on the nature and development of his theory and practice of spoken language within educational institutions, and on his relationship with George Birkbeck in the development of the Mechanics Institute movement and the development of London University.

This talk will be followed by a response by Joanna Bourke (Birkbeck).

Speaker: Professor of Romantic Literature at Dalhousie University, and General Secretary and archivist of the John Thelwall Society,  Judith Thompson is a leader in the field of Thelwall Studies. Author of four books and editions by or about this romantic radical and polymath, as well as numerous articles and chapters, she is currently writing the first full biography of Thelwall, as part of Raising Voices: The Legacy of Citizen John Thelwall, an archival-activist project that seeks to restore his lost legacy and connect his voice to communities that still struggle to realize the democratic rights and liberties for which he fought.