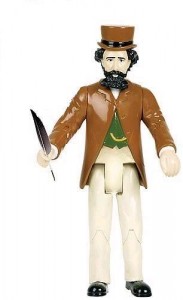 Dickens Day, now in its 26th year, is celebrating 2012 with a theme that explores Dickens’s popularity and his engagement with non-elite cultures from his own time to the present. On the evidence of bicentenary Dickens fervour, the author is as popular now as he has ever been. This year has been punctuated by Dickens serials on TV, heartfelt tributes from popular writers, mass-selling biography, collective reading projects, Dickens hip-hop performances, and a global read-a-thon. How can we account for this continuing engagement, across different genres and various cultural contexts? What is it that gives Dickens’s work its particular appeal? What are the political and personal investments in forms of Dickensian popularity? How does this relate to Dickens’s own aspirations, and to the forms in which his work first appeared? These are some of the questions that the day seeks to address.

There will be talks, readings and papers, including research inspired by the work of the late Sally Ledger, whose book Dickens and the Popular Radical Imagination is an important foundation for this event.