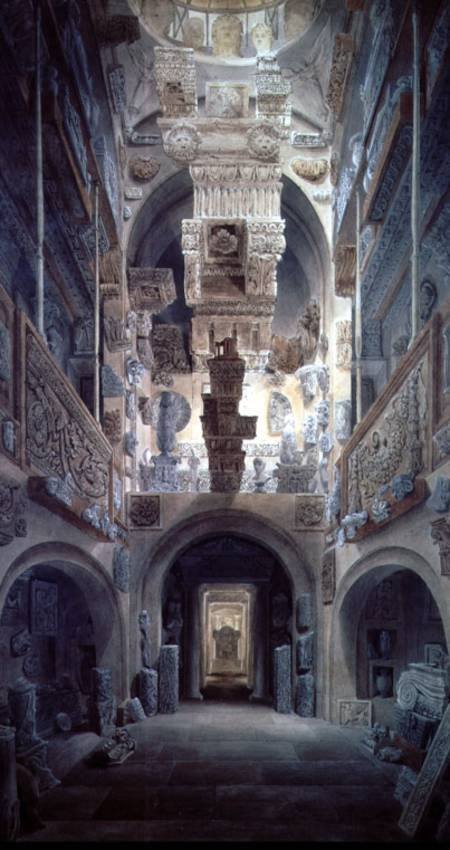 The house-museum of the architect and collector Sir John Soane in Lincoln’s Inn Fields is one of the only London museums still in existence that dates back in its present form to the early nineteenth century. During Soane’s lifetime, it housed his eclectic and ever-growing collections, and functioned as a ‘quasi’ public museum: it served a variety of purposes, from a professional and educational resource to an antiquarian’s dramatic, fantasized mise-en-scène. The close interrelation of house, museum, and archive – all spaces of gathering and holding – inevitably changed after Soane’s death in 1837, as did the nature of the house with its striking elements of monument and mausoleum. The agency of Soane and his objects, broadly understood, was subject to re-encoding as it shifted from collector to collection, captured by the more static and potentially deadening spaces of the museum. This paper focuses by contrast on what the Soane museum can tell us about archives and agential life, and about the more paradoxical aspects of self preservation, by examining Soane’s often manic efforts to remain a living presence in his own archive, which the performative qualities of his museum so effectively facilitated.

Listen to a recording of Sophie Thomas’s talk below:

sitemanagerFriday 28 November 2014, Sophie Thomas: ‘A strange and mixed assemblage: Sir John Soane, Archivist of the Self’11.20.2014