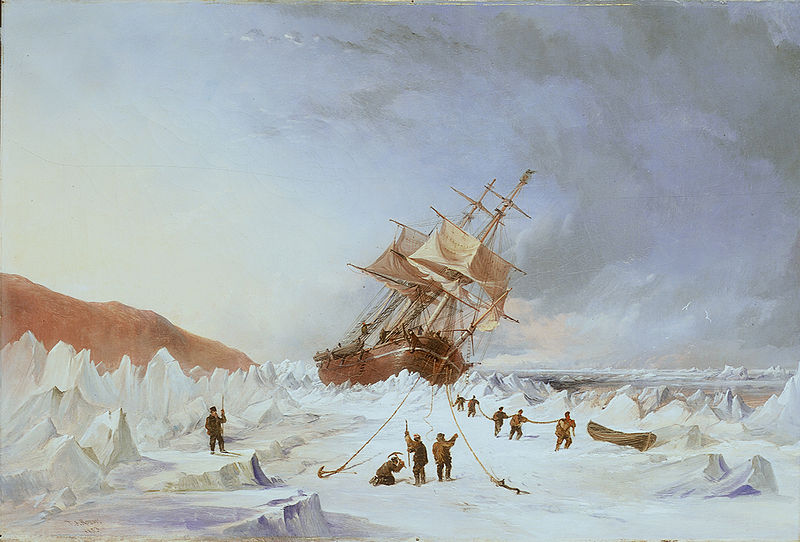 Abstract: Arctic archives, broken lands, and Victorian relics are some of the topics our panelists discussed in this exciting event, which marked the publication of Adriana Craciun’s Writing Arctic Disaster: Authorship and Exploration (Cambridge University Press, 2016).

Listen to recordings of each panelist below:

Adriana Craciun is University of California Presidential Chair, and joined the UC Riverside faculty in 2008. She currently holds a Fulbright Visiting Professorship at Edinburgh University’s Institute of Advanced Studies in the Humanities. She is the author of Fatal Women of Romanticism (Cambridge University Press, 2003), British Women Writers and the French Revolution: Citizens of the World (Palgrave, 2005), and Writing Arctic Disaster: Authorship and Exploration (Cambridge University Press, 2016). She is currently working on two new projects: Arctic Enlightenments, a book focused on the Svalbard Global Seed Vault and earlier Enlightenment and nineteenth-century efforts (textual, archival, experimental) to extend life into deep time; and The Star Gazers: Astronomy, Poetry and Sexuality in 19th-Century Ireland. With Mary Terrall she is also editing Explorations, Encounters, and the Circulation of Knowledge (Toronto University Press, under contract). She is an International Partner in the Arctic Modernities Research Group funded by the Norwegian Research Council (2013-16).

Felix Driver is Professor of Human Geography in the Department of Geography at Royal Holloway, University of London. He has led research projects on the cultural history of collections and collecting, the visual culture of exploration, geography and empire, and imperial cities. His publications include Hidden Histories of Exploration: Researching the RGS-IBG Collections (Royal Geographical Society, 2009), Geography Militant: Cultures of Exploration and Empire (Blackwell, 2001) and, with L. Martins, Tropical Visions in an Age of Empire (University of Chicago Press, 2005). He is currently working on the sketchbooks, log-books and albums of nineteenth-century maritime observers; the history of the Geographical Magazine (1935-65); and the ‘lost history’ of geographical film.

Michael Bravo is University Senior Lecturer and Fellow of Downing College, Cambridge. He convenes the Circumpolar History and Public Policy Research Group, Scott Polar Research Institute, and is a member of the Department of Geography and a research associate in the Department of the History and Philosophy of Science at the University of Cambridge. Michael has written extensively on the role of scientific research in the exploration and development of the Arctic, exploring issues in historical epistemology including the philosophy of experiment, measurement in fieldwork, the nature of precision and calibration, science and technology in translation, and the historical emergence of new ontologies. His publications include Narrating the Arctic (Science History Publications, 2002), co-edited with Sverker Sörlin, and Arctic Geopolitics and Autonomy (Hatje Cantz, 2011), co-edited with Nicola Triscott.