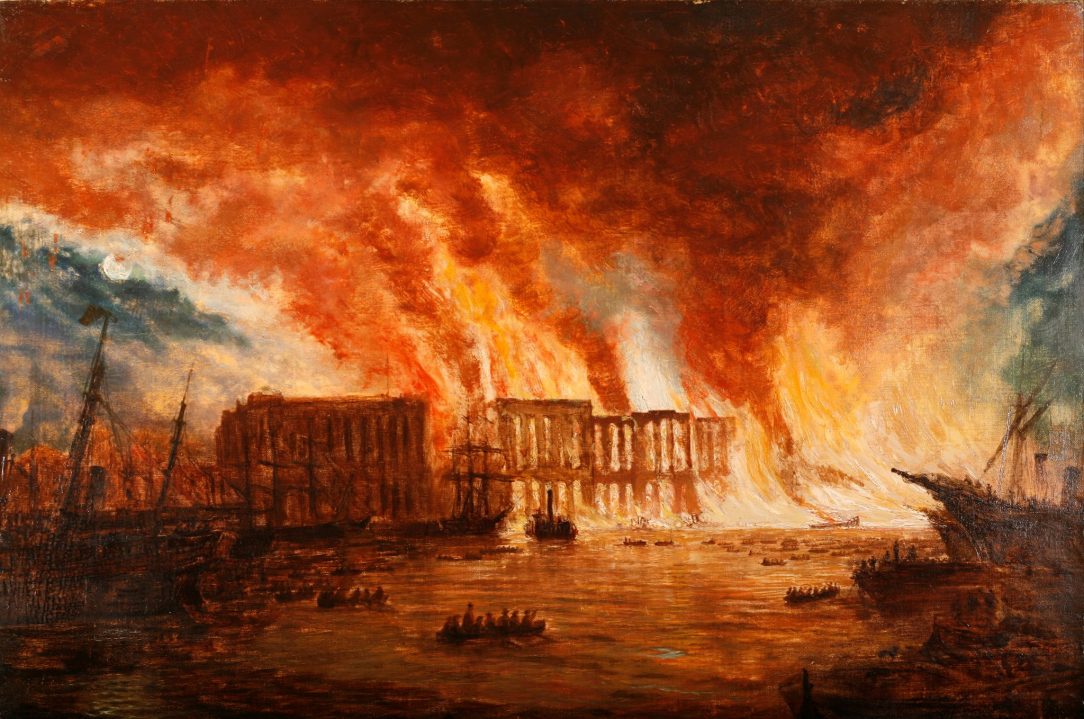 Cultural histories of nineteenth-century Britain have studied the important physical and psychological transformations caused by the industrialization of light. Gaslight, though discovered prior to the nineteenth century, became aligned with the era’s narratives of national and industrial progress, an arc that, one might argue, culminated in the growing popularity of electric light at the end of the century. Yet, despite these new technologies of ‘artificial light’, ‘natural’ wood and coal fires remained popular in British culture. This issue explores fire as a visual and narrative technology in art, literature, and public displays by examining the ways in which fire evoked competing symbolic values, such as primitivism and modernity, vitality and destruction, intimacy and spectacle. The reading order mixes articles and shorter pieces together to demonstrate the continuities of fire across various sites, including: the domestic fireside, the tallow candle, theatrical conflagrations, Turner’s fires, subterranean fire, solar fire, fireworks, funeral pyres, and a coal-ship fire.

Dirty Fires: Cosmic Pollution and the Solar Storm of 1859

Victorian Imag(in)ing of the Pagan Pyre: Frank Dicksee’s Funeral of a Viking

While the World Burns: Joseph Conrad and the Delayed Decoding of Catastrophe

sitemanagerNew issue of 19: Interdisciplinary Studies in the Long Nineteenth Century on Technologies of Fire12.03.2017